The campaign for the perfume Born in Roma, co-stars Sudanese-Australian model Adut Akech and stays true to its’ name as the two roam through Roman streets and scooter into the outskirts to the mesmerizing Villa Aldobrandini.

In the opulent mansion the pair dances playfully, reflecting the fragrance theme: “where the reverence for the past meets an irreverent attitude for now.”

Anwar debuted his modeling career with a Teen Vogue in 2016 and was named the face of Hugo Boss Menswear line the following year.

The twenty year-old has older sisters Gigi and Bella to guide him through the modeling industry, as they have graced a multitude of covers and walked countless runways. 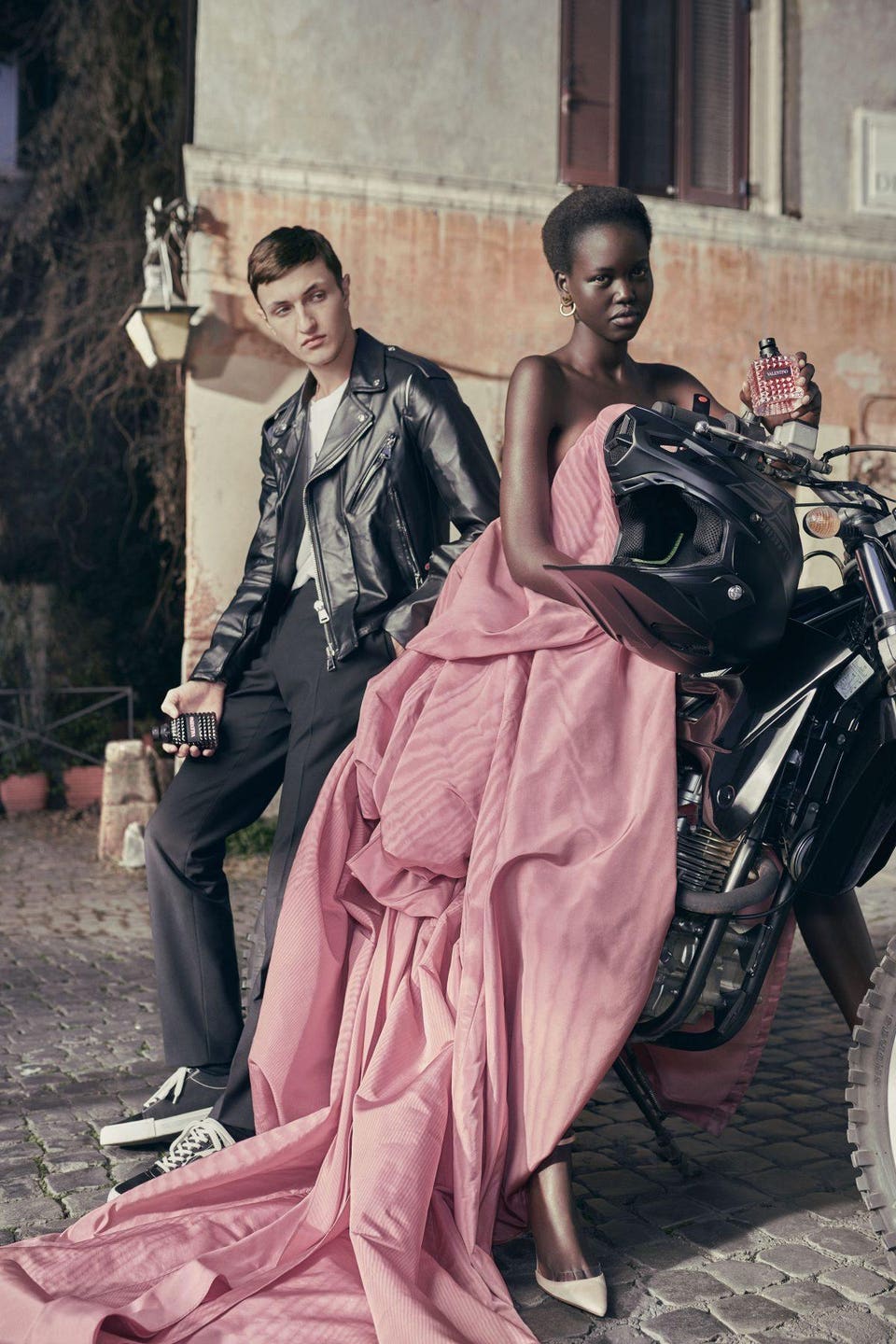 The bottles play off of the signature Valentino rockstud embellishing his carefully crafted shoes. 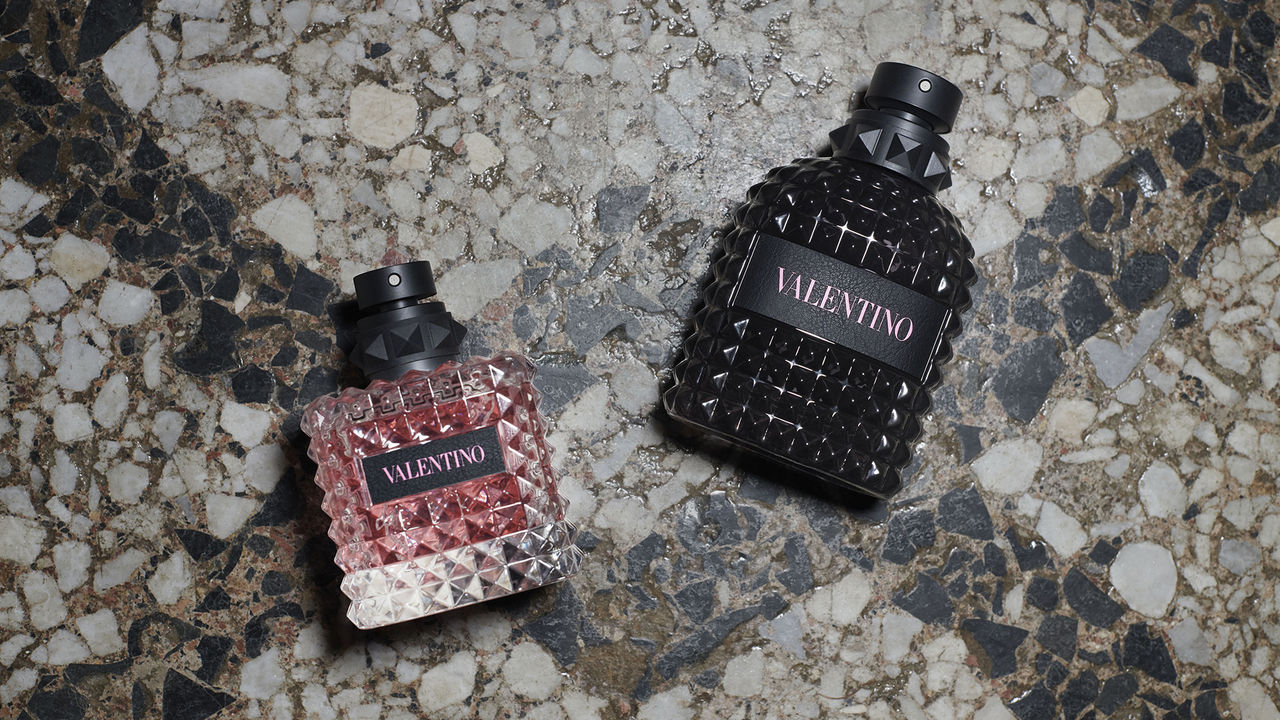