CAL, a Lebanese architecture collective to raise awareness on the importance of urban planning. In the era of globalized and disinhibited capitalism, architecture and urban planning have become fundamental to form united societies. A role not always recognized by institutions in Lebanon, where there isn’t proper urban planning strategies. How to challenge this situation? A question raised at Omran, Architecture of the Territory, an exhibition that will take place in Beit Beirut from August 21st to September 11th, followed by a conference on 30th to 31st.

Since the end of the civil war, no strategy for urban development have been implemented in order to reconstruct and bring together the fragmented society of Lebanon. For almost 30 years, the top priorities of the government have been rather lucrative real estate projects than public space creation. To counteract this reality, the CAL, collective of architecture for Lebanon has been established in 2019 by four young lebanese architects and designers. A cross-disciplinary platform for discussion and debate between the fields of architecture, design, urban planning and the humanities.

A collective for a sustainable and ethical architecture

We would like to thank the Governor of Beirut @ziadchebib for honouring us with his presence at the opening of OMRAN'19. Without his support our Architectural Forum wouldn't have happened. #omran19 #beitbeirut #architecturalforum #beitbeirutmuseum

A post shared by Collective for Architecture (@collectiveforarchitecture) on Aug 21, 2019 at 11:37pm PDT

Created by architects Shereen Doumar, Elias Tamer, Edouard Souhail and the designer Lynn Chamoun, the collective wants to engage a conversation within civil society and institutions to raise awareness about the importance of architecture and urban planning in Lebanon, and in the Middle East. “We got together as a collective because we believe that the role of the architect is not limited to the design of projects. He is also an activist who can influence what happens in urban politics in the long run”, explains Shereen Doumar, one of the co-founders.

The association plans to rethink the production of neo-liberal architecture and to create a debate on the emergency of implementing cohesive territorial strategies, building bridges between professionals in the sector, local authorities and the general public. A project presented for the first time in an exhibition and conference that will be held in Beit Beirut at the end of the month.

An exhibition to imagine a more inclusive urban design

This exhibition presents to the public 31 academic projects that deal with Lebanese or Middle Eastern urban planning, with a social or economic perspective. Projects documented in photographs to allow visitors to better visualize the urban process. “All those projects have been created within universities as part of research projects, PHD or Master. Some of them have already been realized, for the others we try to engage the municipality of Beirut which has given us the opportunity to organize this exhibition to start a conversation”. A cycle of conferences will also be organized for two days, in parallel of the event. In the program are four major conversations : local architecture as opposed to global architecture: “We wanted to rethink how international and local architecture can work together in a more subtle way, and not just apply western models that don’t work everywhere” ; public spaces: “Public spaces are really affected by capitalism today, and we do not have the resources to develop them in Lebanon” ; the distribution of resources, its impact on the economy development and finally, the role of the architect in the era of globalization: “our role is more important than the propagation of urban and social changes. We need to think about a more inclusive and cohesive urban planning. Think social impact rather than capitalist game. “

Create public spaces and return the territory to its inhabitants

Because this problem is at the heart of this event: how to think and recreate the territory to bring it back to its inhabitants? A necessity that the collective hopes to bring to the public authorities, and also to influence. In this direction, it provides for the establishment of small public spaces across different neighborhoods of Beirut. A way for the inhabitants to reclaim its public space. A major challenge in a city where private interests precede the public one. A fact confirmed by the study Beirut Zone 10, and carried out by the Beirut Madinati civil society and the Issam Farès Institute, which expects to use the existing law and restore the Beirut coastline, by preventing the massive construction of real estate projects. Like the controversial construction of the hotel Eden Bay on the only public beach of Beirut, Ramleh al Bayda. “The current state doesn’t have control over its territory and urban planning is not in the top of its priorities. There are no government resources dedicated to housing, for example. The private sector enjoys a total let-go from the state that allows any real estate promoter to build without really caring the needs of the population, because our politicians are individually involved with their own private companies, Even though it is written in the law that 25% of the public space must be left to the inhabitants, nothing is implemented. We believe that the first thing to do is to establish the correct infrastructure because it is the basis of a strong economy that can prioritize the urban planning and housing”, she considers. 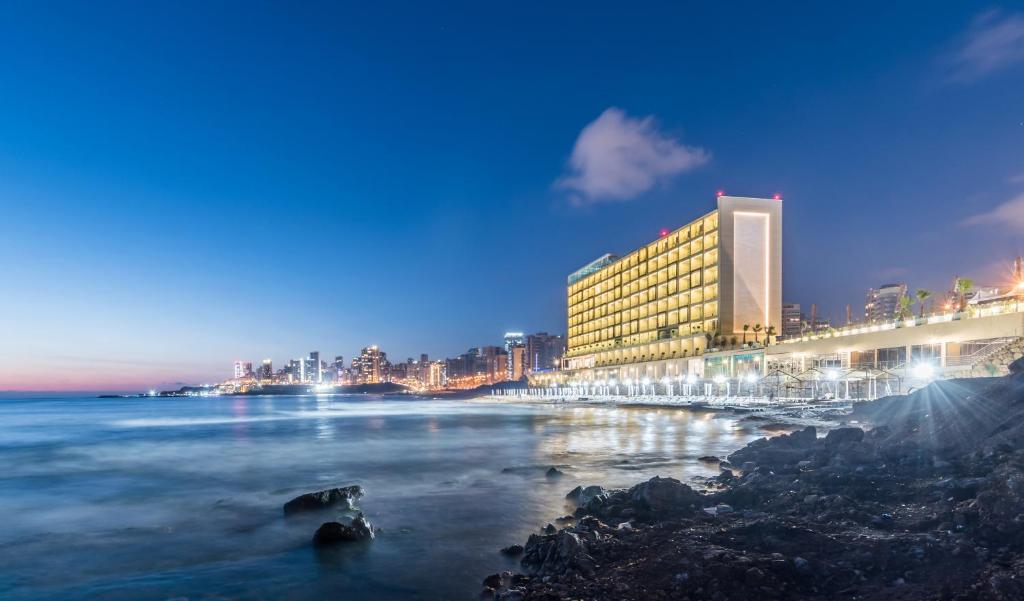