Kidnapped at birth, this Saudi man is reunited with his family after 20 years.

A young Saudi boy, none other than Moussa Al-Khanezi, has just been reunited with his biological family, 20 years after his abduction from the maternity ward. The kidnapper had abducted three children between 1993 and 1999.

He had not been born for 20 minutes and was already being taken away from his family. This is not the scenario of the last episode of your favorite TV show. It’s the story of Moussa Al-Khanezi, a young Saudi boy who has just been reunited with his family after 20 years without knowing his true identity.

He has been kidnapped for 20Years, And now that he’s back to his real family, People expect him to be happy about it, He actually got mentally shocked don’t blame him for not lookin comfortable in front of the cameras 🔇

On the networks, the family rejoices. In a video, the young man’s father shares this “incredible feeling”. His brother, Mohammed Al-Khanezi, said: “It’s as if he never left home. We share the same love for eating and sleeping,” he continued joking. Moussa, rather embarrassed, says he is “relieved” to be back with his family.

It all started in a hospital in Dammam in 1999. And it was last Tuesday that it came to a happy ending, as the kidnapper, a 50-year-old woman named Mariam, went to the police in order to obtain identity papers for the young man (as well as, by the way, another unidentified young man). Suspicious, the police then allegedly carried out a DNA test in order to establish al-Khanezi’s true genealogy.

The woman claims to have “found” the two young men. She is said to have decided to bring them up, alone, without reporting their existence to the authorities, and to have led them to believe that they were born out of wedlock. 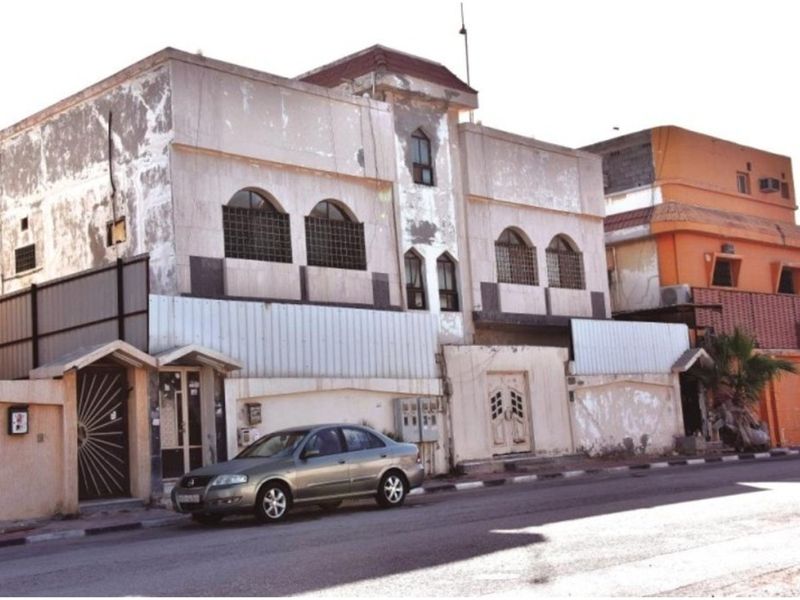 It is in this house that the boys were raised and homeschooled. (Credits: Gulf News)

According to the ongoing police investigation, Mariam is said to have abducted a total of three children, one every three years, after miscarrying her twins. The first, Mohammad Al Qaradi, was reportedly abducted in 1993 from al-Qatif hospital. She is said to have convinced her husband at the time to recognize him in her name. The second newborn, Mohammad Al-Amari, was reportedly kidnapped in 1996 from Dammam hospital. This time, the husband allegedly refused to adopt the child and asked for a divorce. Although her second husband also refused to adopt the child, it was only after an unsuccessful kidnapping attempt in 2002 that the woman decided to end her series of kidnappings. The other two children are currently awaiting the results of their own tests before they can be reunited with their biological families.