Salukis (or Persian greyhounds) have been companions of Bedouins for thousands of years. On the occasion of World Dog Day, Kawa presents initiatives related to this breed from the Middle East.

This great greyhound, known for his rather calm and sensitive character, his speed – he is one of the fastest dogs on the planet – and his talent for sight hunting. According to Persian tradition, Salukis should not be sold or bought, but only offered as a mark of honor. For generations, their ancestors were raised as hunting dogs for princes and powerful people.

Today, more and more crosses are made with regular greyhounds. This is one of the reasons why initiatives such as the Arabian Saluki Center in Abu Dhabi have emerged. Led by Hamad Al Ghanem, it strives to breed purebred dogs and to provide visitors with a wide range of knowledge about the species, tradition, and customs of breeding, or hunting. According to the director, the Saluki is “the only race you can trust in the desert. We involve him in the hunt and have great respect for him. In our religion, we have no problem to eat whatever they catch”. 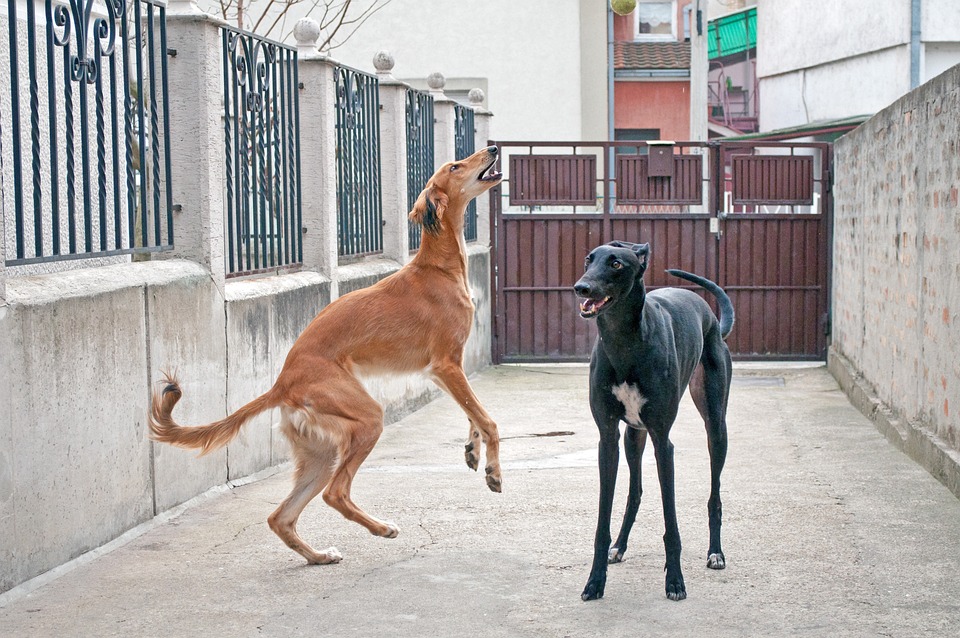 Organized by the Hamdan Ben Mohammad Heritage Centre, the Saluki Racing Championship has been held every year in March for the past 12 years. It honors the fastest dogs in a series of races that reward the top 10. Known as the fastest dogs, greyhounds are still in the Guinness Book of Records today, with a peak speed recorded at over 68 km/h.

It should be noted that this record is not the only one held by the best friend of desert men since the Saluki is also the oldest breed of dogs. We can trace it back to 329 BC. He would have been the dog of royalty in ancient Egypt and even mummified after his death.

See also The cat in Arab-Muslim culture: an animal to preserve
Published on 26 August 2019