In the largest refugee camp of the Middle East, what was supposed to be a very temporary stay has turned into half a decade for thousands. Although their stay cannot be permanent, volunteers are helping them regain their independence by thinking outside of the box.

The Zaatari refugee camp in Jordan is the largest camp for those forcibly displaced by the Syrian Civil War and it is facing mounting pressure to care for its 80,000 residents.

As the camp’s residents multiply, the settlement seems to grow more permanent, making it increasingly important to find innovative ways to foster their self-sustainability.

The camp evolved from a small collection of tents into one of Jordan’s largest cities, calling for a move towards a more predictable, cost effective and participatory assistance.

There is a comprehensive food programme within the camp, led by the UN Refugee Agency in partnership with the World Food Program. Since 2013, they provide food vouchers to all refugees in the camp, equating to 10 Jordanian Dinars (JDs) per person per month.

They can spend that stipend however they want; within the confines of the designated shops and supermarkets inside the camp. Run by local community organisations, the shops provide an extensive range of produce to supplement the monthly ration of bulgur wheat, pasta, rice, lentils, sugar and salt. 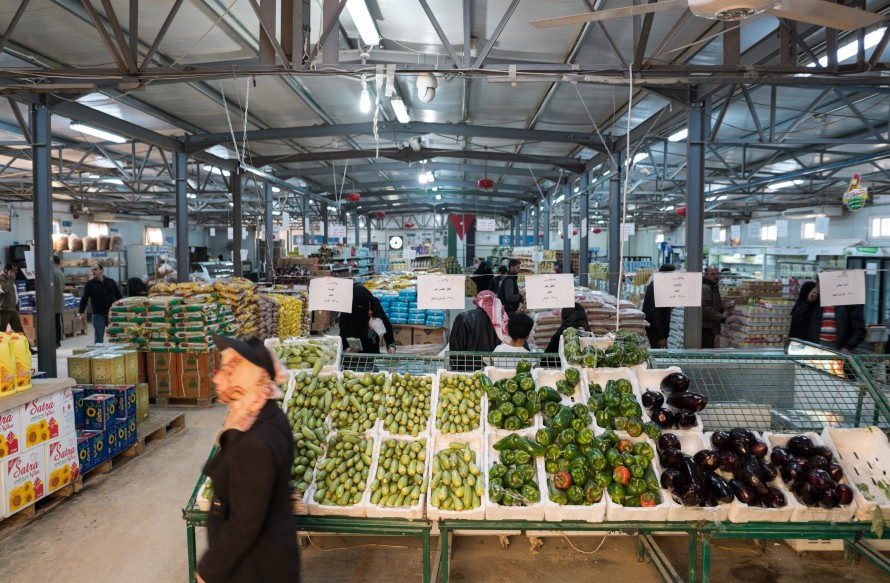 This system momentarily mirrors their lives pre-refugee camp: granting them the freedom of choice that rations cannot.

However great this program is, many of the refugees would further increase their sense of independence if they had the possibility to grow their own fruits and vegetables, which would also allow them to develop skills for future employment.

Furthermore, the produce available in Zaatari is almost entirely imported which makes the camp as a whole dependent on external players. This is largely due to the lack of rain and intense heat plaguing the region, with a land that is low in organic matter and high in salt content; all of which are less-than-ideal conditions for agriculture.

Uncertainty plagues the daily reality of a refugee but if they could rely on their own food sources that ambivalence would be alleviated. The UN Refugee Agency provides each refugee with polyurethane foam mattress upon their arrival. Once used, however, these mattresses cannot be passed on to another newcomer. They can, however, be repurposed. That is exactly what Professor Tony Ryan, from the University of Sheffield, and his team of experts did: they repurposed the unwanted foam mattresses into a growing medium for crops.

How do mattresses mimic soil?

In traditional agriculture, soil supports a plant’s roots. In this specific approach of hydroponics, however, the mattress foam provides artificial support. Water and nutrients are then pumped into the foam to feed the plant. Unlike the soil in Zaatari, the foam holds onto all of the components, which requires far less quantities for a much greater, year round yield. A couple hundred refugees are fully trained to use mattress foam as an alternative to soil, with an area the size of a tennis court covered in hydroponic systems.

This project is a result of joint efforts and cooperation between the refugees and the University of Sheffield. They worked in tandem with the Sheffield team to truly optimise plant growth in these systems and understand how to make it work on a community level.