The medical and scientific community mourns the death of a great lady of medicine: Professor Fadma Abi. She was the first Moroccan woman to have practiced as a surgeon, and on October 2, she died from complications due to coronavirus.

Fadma Abi was originally from Khénifra, a small town in central Morocco, but it was in Lalla Amina that she went to school, before going to France to complete her studies.

The following year, in 1982, she became the first female surgeon in Morocco, in an official ceremony before the then Minister of Health, at a time when the position was reserved for men. The same year, she successfully completed her first open-heart surgery.

In her perpetual quest for perfection, she obtained a certificate in ultrasound from the University of Paris in June 1989. 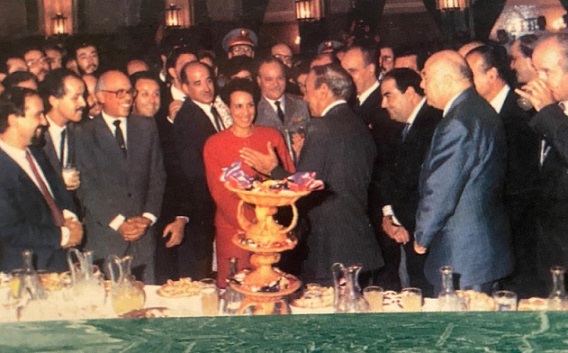 Fadma Abi honored by King Hassan II as the first surgeon woman in the kingdom.

The time of transmission

In 1992, she applied herself to passing on her knowledge and became a professor at the Faculty of Medicine in Casablanca, where she inspired generations of young Moroccan women to follow in her footsteps.

She then began to radiate abroad by giving lectures at various universities and chairing congresses around the world, such as the Middle Eastern Endoscopic Surgery Association (MMESA) in 2019.

Struck by cancer, which she had been fighting discreetly and with dignity for several years, she died on October 2 after being contaminated by the coronavirus. This marks the end of a distinguished career which even earned her a reception and congratulations from His late Majesty King Hassan II. All the people she has come into contact with from near and far testify to great wisdom and humility in this figure of medicine and women’s emancipation. The entire medical and scientific community in Morocco and elsewhere is mourning her departure.