Each year, October is marked by Pink October, a global communication campaign to raise public awareness about breast cancer screening and fundraising for research. Pink October also serves to remind us of the courageous battles fought by cancer patients around the world, such as in the Middle East, where several famous Arab women have recently made their fight against the disease public.

Stay tuned for tonight! We’ll be live on Instagram tonight to launch the collaboration #ElissaLaValliere and you’ll know everything about this new project!

In 2018, Lebanese singer Elissa chose to reveal her silent fight against breast cancer in the video clip of her song “Ila Kol Elli Bihebbouni”. In her lyrics, the singer describes with emotion her struggle against the disease and her victory over it after a long period of treatment. Since then, the singer has become a strong advocate for breast cancer prevention, speaking out at important events in Lebanon and abroad.

The Egyptian actress May El Ghety

The Egyptian actress chose to reveal her fight against breast cancer after walking the red carpet and facing some criticism at the 2018 Cairo International Film Festival. May El Ghety wore a V-neck dress for the occasion and some critics did not hesitate to attack the actress on her dress considered “too revealing”. It was with courage that she explained to them via Instagram that she wore this outfit in order to proudly show off her scars following her operation to cure breast cancer.

See also These Saudi women who shun the abaya

Revealed in the hit series “Halawet El Donya” in 2017, Yasmine Ghaith is a young Egyptian actress who, in addition to playing the role of Heba, a woman with cancer, was undergoing real-life treatment for cancer at the very time she was shooting the series. While she has since beaten her Stage 2 cancer, the actress continues to remind her 151,000 Instagram subscribers of the importance of early testing. 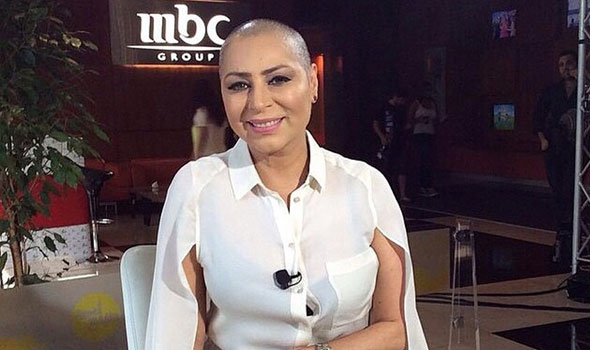 While Zahraa Al Kharji is known in the Arab world for her acting career in theatre and television, notably in the Kuwaiti series “Madinat Ar-Riyah”, the actress is also known for shaving her head in 2014 in solidarity with cancer patients. Zahraa Al Kharji has become a key figure in breast cancer prevention, after overcoming her disease in 2005.