United Arab Emirates: An international festival to honor the “Oud” As part of the 18th edition of the Abu Dhabi Festival, held under the theme "The Future Starts Now", the Global Oud Forum (GOF) 2021 is being launched, a unique event that will bring together 27 musicians so that each of them can, virtually, perform their compositions written especially for this instrument.

Organized in collaboration with Iraqi oud legend Naseer Shamma and running through June 15, the event will feature seven episodes in a television format, showcasing 27 oud musicians from 14 countries to perform pieces written specifically for the event.

By definition, the Oud is a plucked musical instrument widely used in Arab countries, Turkey, Greece, Azerbaijan and Armenia. A solo instrument of Arabic music, the oud is also used as a melodic or rhythmic bass in instrumental ensembles, unless it is accompanying a singer. Thus, the Global Oud Forum will also be an opportunity to share the views of academics and experts in the fields of music and art on the history and development of the ancient oud, and on how the instrument is integrated into today’s digital music industry.

The forum will also broadcast interviews with six renowned oud makers from the Arab world to learn more about them, their workshops and all their secrets of making. 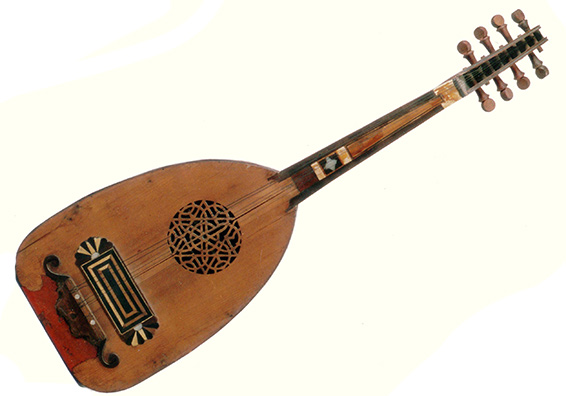 “In this edition, the festival is reinventing itself to communicate its vision in the arts and music industry despite the impact of COVID-19, which affected us all” said musician Naseer Shamma in a press release.

He further adds “The World Oud Forum brings together a wide range of creative individuals to present their visions, ideas, music and innovations in the world of the oud, a unique attempt to bring together musicians, oud makers, researchers and critics in one place.”

A world-renowned maestro, he is a prominent oud player who has received over 60 awards and honors and has released albums in Italy, Egypt, Algeria and the United Kingdom with over 60 compositions. He is also the UNESCO Artist for Peace and Goodwill Ambassador for the International Red Crescent and Red Cross Societies.

This virtual festival will undoubtedly be THE musical meeting for traditional Arabic music lovers to listen to again and again!

See also Live music : “Glory and tears”, a tribute to Arab music and cinema
Published on 25 May 2021