In anticipation of the new Kawa Film Festival, a video competition, open to all French residents, to help budding directors into the limelight and expose their original narratives to the rest of the world. To serve as inspiration, our team has carefully curated three Saudi films who have paved the way for their newly celebrated cinema.

The movie’s director, Haifaa Al Mansour is the Kingdom’s first female filmmaker, earning her spots as one of the country’s most significant cinematic figures. Her work influenced a whole new wave of Saudi filmmakers and largely credited today in helping to push for the opening cinemas in the Kingdom.

This time she tells the story of a determined the young Saudi doctor, Myram, who chooses to surprise her entire community by running for office in the local city elections, as many initially have trouble wrapping their heads around the mere idea of the town’s first female candidate. The protagonists political mission unfolds as a multi-layered family drama. Her disputed ventures are supported by her sisters, while her father, initially worries about her progressive values and comes to realize that Maryam’s desires are simply those of community and freedom of expression.

Born in Jeddah, Alqurashi wears many hats, those of the producer, director and actor. Although he is based out in Los Angeles the major driving force for his cinematic work is to can convey the lesser known side of his nation, born from pure creativity and collaboration.

In his latest work, Roll’em, his protagonist plays the role of an aspiring filmmaker working on a movie centered around his city of Jeddah, which leads him towards the guidance of an expert, yet underrated, cinematographer residing in a country previously banning gatherings around cinema.

A major player among the youth spearheading the cinematic awakening in the country Alkalthami’s ambitions take form through directing, producing, script writing, acting, all while leading the production companies C3Films and Telfaz11. His works focus on socio-cultural themes specific to the Gulf and the Middle Eastern region.

His comedy Wasati is based on true events from last decade, recounting the horrific acts that shook the whole kingdom, after a group of extremists attacked a theatre during a highly-attended play in Riyadh, providing new insight on how these extremist acts are far from representative of the population. 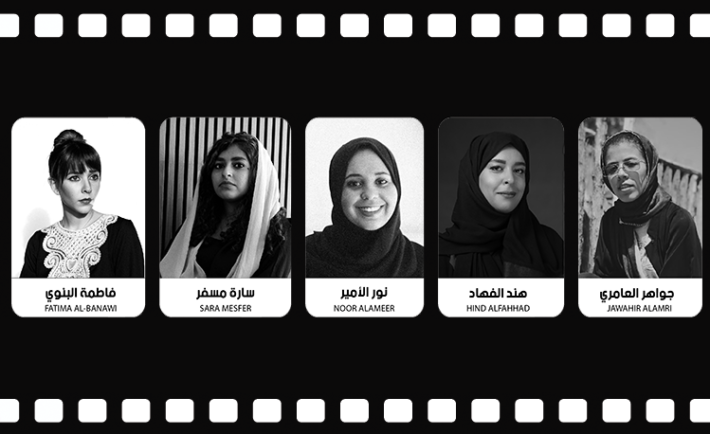 Today, as the Kingdom largely invests in its cinema after lifting its ban, an increasing amount of Saudi filmmakers are unapologetically taking the stage to showcase their underrepresented perspectives and undeniable ingenuity.

See also Red Sea International Film Festival: Oliver Stone to be the President of the Jury
Published on 15 April 2020