Christmas in the Arab world, a tradition that is still alive today As the end of the year approaches, KAWA offers you an overview of the Christmas traditions observed throughout the different countries of the Arab world. For, we too often forget that the Middle East is the cradle of Christianity, and the nativity is as important for a large part of the population as it is here.

In Lebanon, 45% of the population is Christian. At Christmas, Christians and Muslims celebrate together. Houses, streets, shopping centers, and stores are specially decorated for the occasion, and the atmosphere is festive in the streets throughout the country.

See also An Arab city in the Top 10 NYE Celebration 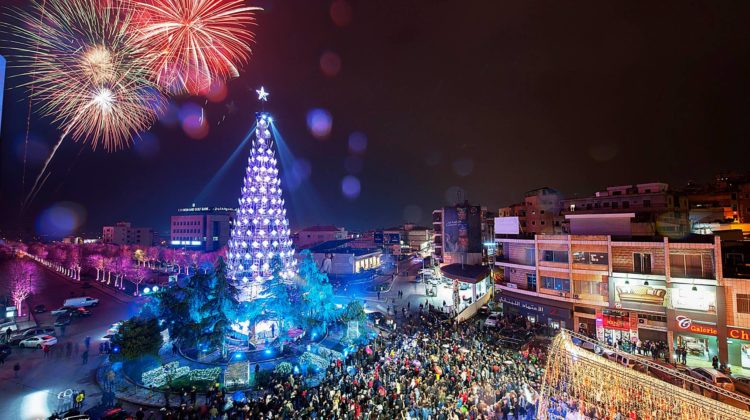 In the country where Bethlehem is located, the birthplace of Jesus (and not Nazareth, as is often believed), all forms of Christianity are practiced: Protestants and Catholics celebrate Christmas Eve on December 24th, Greek Orthodox, the majority, on January 6th, and Armenian Orthodox on January 17th.

In Syria, despite several years of conflict, the capital, Damascus, holds a Christmas carnival where crowds gather to dance, sing and watch the country’s largest Christmas tree light up. The ceremony is an annual success and influence that leaves no doubt about the popularity of Christmas in the country.

In Iraq, Christmas officially became an official holiday in 2008. In Christian homes, it is customary to gather in the backyard to light small fires in the gardens while reciting psalms, and collegial Bible readings are held. Finally, in Egypt, which has the largest Christian population in the Arab world,  Coptic Christians fast for 43 days before enjoying a big festive meal on Christmas Day.