Tareq Hadhad, the Syrian refugee who built a chocolate empire After the war in Syria disrupted Tareq Hadhad and his family’s daily life, fortune struck back shortly afterwards when the young man seized the perfect opportunity: an application sent to the Canadian Embassy changed their lives. A new country and a new opportunity then followed, allowing the family to return to their original passion and profession: chocolate production.

The Hadhad family’ s chocolate factory, established in 1986 in Damascus, suffered from the violent Syrian war: it was bombed and destroyed in 2012. After losing their business and their home, the Hadhads were forced to return to Lebanon, a country bordering Syria.

Although successful, prosperous and already exporting internationally, the business was abandoned and the 3 years in Lebanon were dedicated to the family’s settlement and fresh start. This renewal came quickly afterwards thanks to eldest son Tareq’s ambition, then a medical student, and perhaps even more thanks to fate. Indeed, after his application for a scholarship to the Canadian Embassy in Lebanon was turned down, the student was nevertheless accepted and transferred to Canada in December 2015, via a community programme’s refugee sponsorship system.

“When I look back, this was like dying and being given another chance to live,” he confessed years later about this unexpected opportunity. 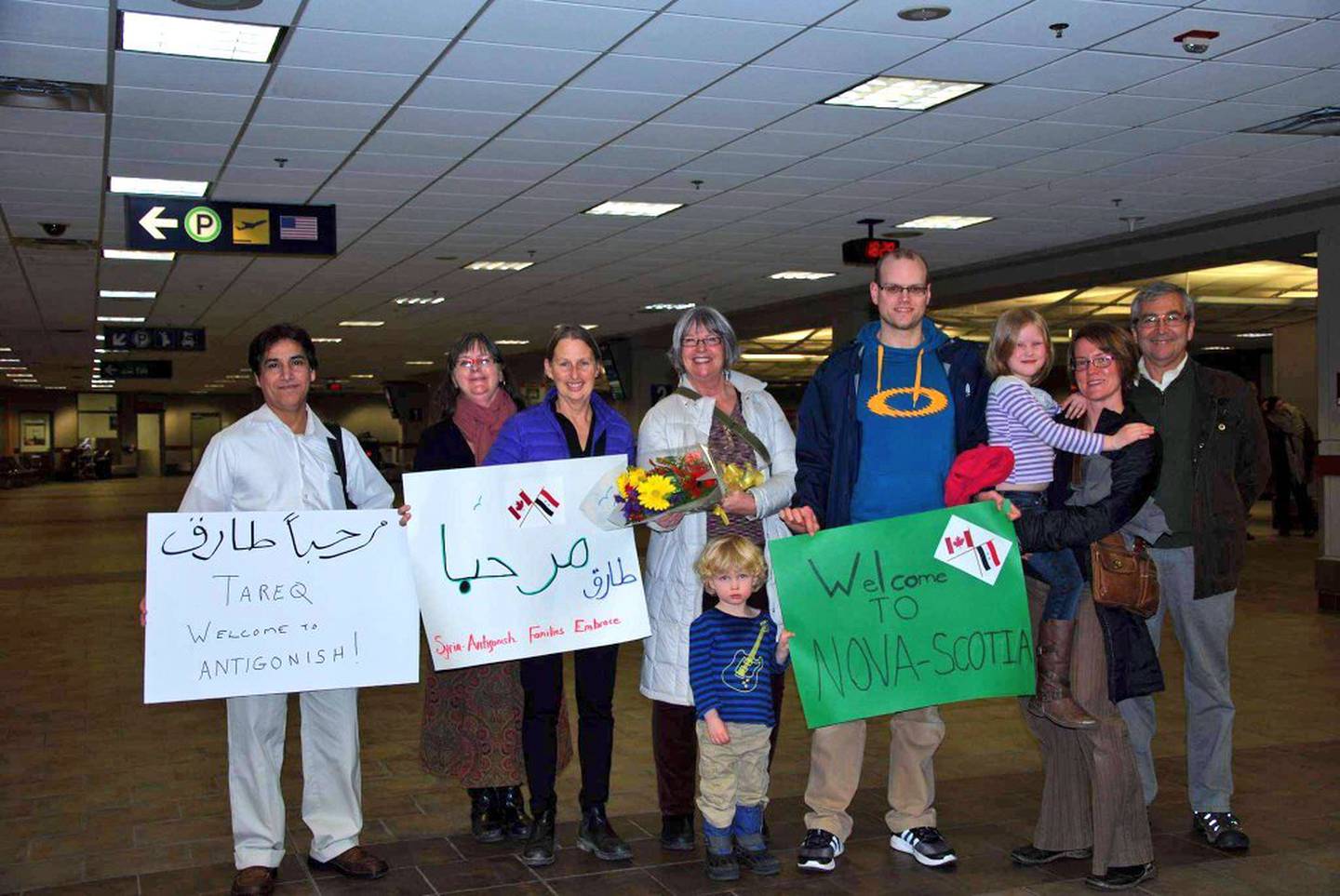 Tareq was welcomed with open arms by the people of Antigonish, Nova Scotia, who had sponsored his arrival. The Hadhad family soon joined him and from there Tareq made it his mission to rebuild the family empire, which had been wiped out by the war, abandoning his medical studies.

Their beginnings were modest, but through courage and perseverance they were able to open a shop in Halifax and build a real empire. Their slogan, Peace by Chocolate, is a fitting one : a beautiful tribute to their journey and their experience.

The Hadhad’s and Tareq’s success and story were quickly shared and attracted the attention of personalities such as Justin Trudeau, the Canadian Prime Minister, who told their story on national television during the Leaders’ Summit on Refugees in July 2019 in front of Barack Obama, Emmanuel Macron, the G7 and the G20 members! That’s it!

This very important media coverage contributed to their already flourishing success. In addition, Tareq was invited to many events and hosted several Ted Talks and other conferences to share his passion and determination. He became a Canadian citizen in 2019, and received the National Entrepreneurship Award for his positive impact as a new Canadian the following year.

Since starting their business in Canada, the Hadhads have strived to follow two main axes: first, respect and celebration of their Syrian culture, which they willingly incorporate into their recipes, where typical Canadian maple syrup blends happily with pistachio or other emblematic Middle Eastern dried fruits. The second is that of giving and sharing: indeed, giving back to the community that welcomed them is another essential ingredient of the family business.

The film Peace by Chocolate, presented at the Tribeca Film Festival in 2021, tells the story of this Syrian family, symbol of resilience and hope after having lost everything.